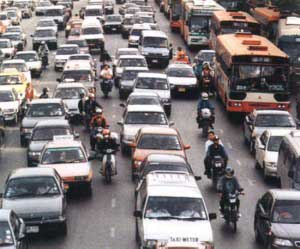 Since the end of the 19th Century, cities have never stopped growing. A heavy tendency that is not seen to slowdown within any foreseeable future. Mass transit is not luxury, it has become an obvious necessity.

Since 1990, driven car miles have stagnated in all OECD countries. Since 2000, it has started to decline in 75% of those countries. As cities grow in size and population, with suburb areas reaching tens of miles in distance from city centers, so has to follow public mass transit.

With new jobs emerging further and further away from central cities, more and more workers have difficulty accessing job site, training and other services such as childcare because of inadequate transportation.

many minimum wage jobs require working evening or weekend hours, but traditional transportation systems often do not serve their routes
during these times.

It fosters self-sustainability, promotes independence, and permits spending on other household essentials.

Given these benefits, and the environmental ones relative to pollution, space, and else, how much of a priority should urban mass transit obtain from municipal, regional and state governments? Do you believe, urban mass transit is developing at a fair pace for all of these objectives to be met?

Contribute. Give your opinion.